Everything You Need to Know About the Coming Housing Recession

While the future isn’t completely certain, all signs are pointing to a recession, so here’s everything you need to know about the coming housing recession.

Definition of a Housing Recession

An economic recession is defined as “a significant, widespread, and prolonged downturn in economic activity,” according to Investopedia. A generally accepted rule of thumb is that two consecutive quarters of decline in gross domestic product (GDP) signifies a recession.

A housing recession is similar, but home sales is the marker rather than GDP.

With declining numbers of homes sold each month nationwide, the U.S. is headed toward a housing recession. Some areas are already there.

Fresno isn’t There Quite Yet

During the second quarter of this year, the number of homes sold in Fresno each month stayed relatively stable, ranging from the 470s up to 495 as reported by Redfin. July saw a hefty drop, down to 391 homes sold. The number went back up to 443 in August before dropping again to 405 in September. 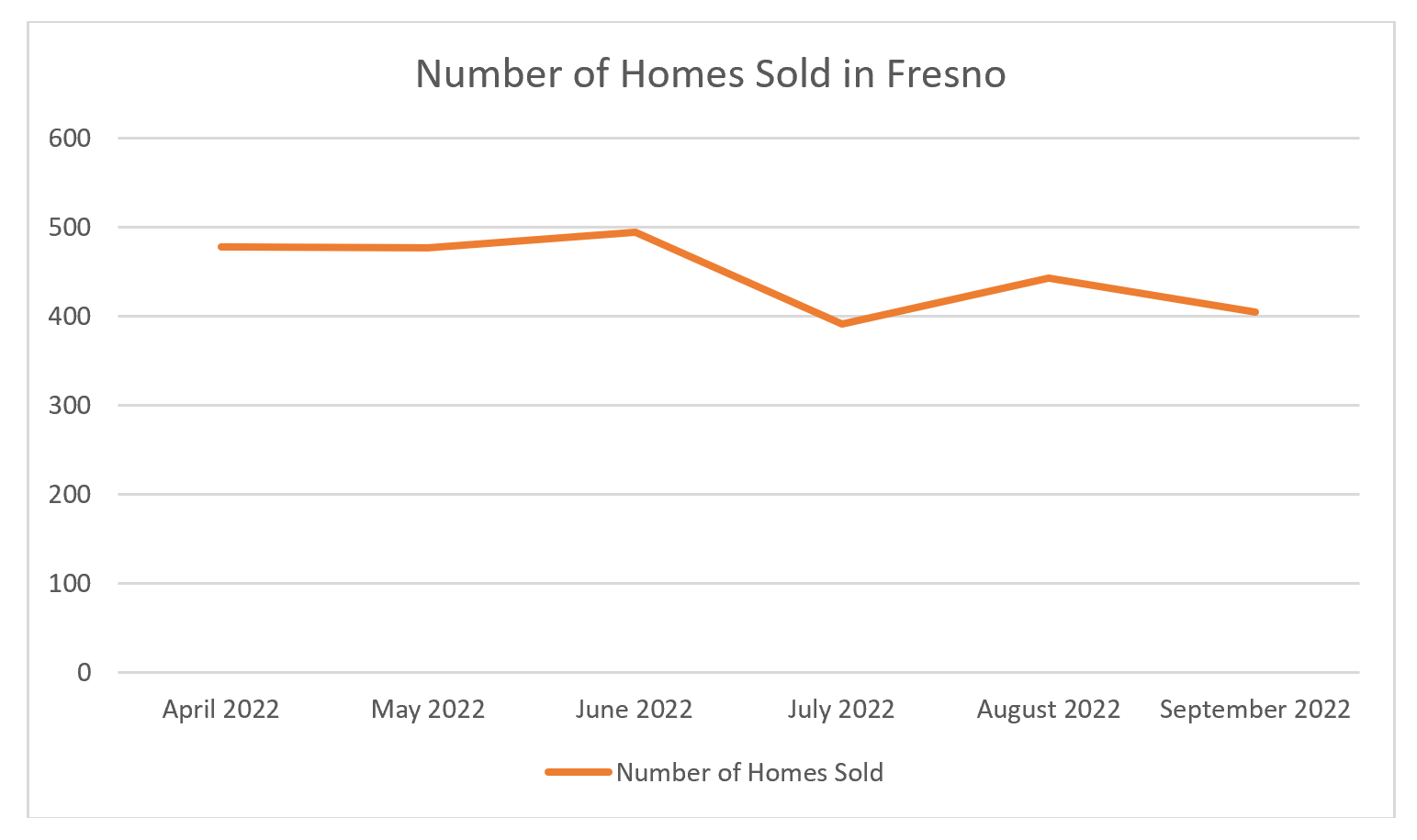 If the downward trend continues during the fourth quarter, Fresno may begin 2023 in an official housing recession.

Part of the reason for declining numbers of homes being sold is the rising mortgage interest rates. In the 3%-4% range in January 2022, the interest rate for a 30-year mortgage is in the 6%-7% range just nine months later.

According to The Motley Fool, that should drop back down a little in 2023. They quote the following experts and their predictions:

Clearly, each expert has a slightly different expectation of what the housing recession will mean for mortgage interest rates. But they all believe that rates will go back down at some point, although not down to the record lows that they have been in recent years.

With rental demand very strong, rent prices are at staggering highs. A rental market update published by Dwellsy reports that the median asking rent nationwide in September 2022 was $2,095/month … a 27% increase over the $1,649/month that it was in September 2021.

According to Rent.com, current average rent for apartments in Fresno range from $1,100/month for a studio to $1,972/month for a 3-bedroom. The median rental price of a home, according to Realtor.com, is $1,950/month.

Rents are likely to remain high during the coming housing recession.

What Does this Mean for YOU?

Putting all of this into perspective and figuring out just what it means for you in your particular situation may seem overwhelming. We get it. It’s a lot to think about.

That’s why we recommend talking to real estate professionals — both real estate agents and mortgage loan consultants — about how the coming housing recession will affect you. We suggest talking to these experts now so you can be prepared.

For some people, it still makes perfectly good sense to buy a home right now. For others, it may not. At the end of the day, it’s a decision that only you can make.

If you need help understanding everything you need to know about the coming housing recession, we’re here for you.

Send us a message or call us at 559-490-0207 today to start the conversation. The Foxen Team has helped a lot of people through the process of buying and selling real estate, and you can count on us to help you, too.

Questions, issues or concerns? I'd love to help you!